This past weekend saw the premiere of the Secret Wars illustration battle in Denmark, at the Copenhagen Street Festival in Christiania. Lots of people turned up at the event where Team UK, consisting of Conzo from Scorland and Mr. K from Kent, went into battle with Team DK, in the shape of Clean and Decay. The 90 minute battle inside the Grey Hall soon proved to be a favorite among the spectators and when the time was up, the home crowd made the most noize for Team DK, earning them a vote for the win. The two judges at the battle, Henrik and Ikaros, both voted for Team UK, giving them the overall victory in Secret wars Denmark 2008.
Lots of photos from the battle at the galleries here and here. 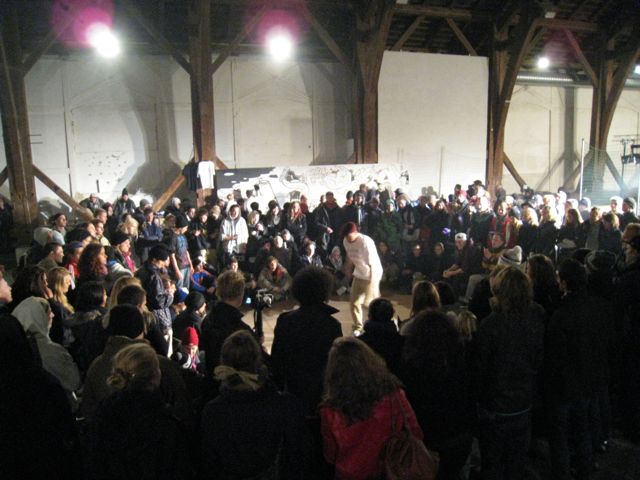 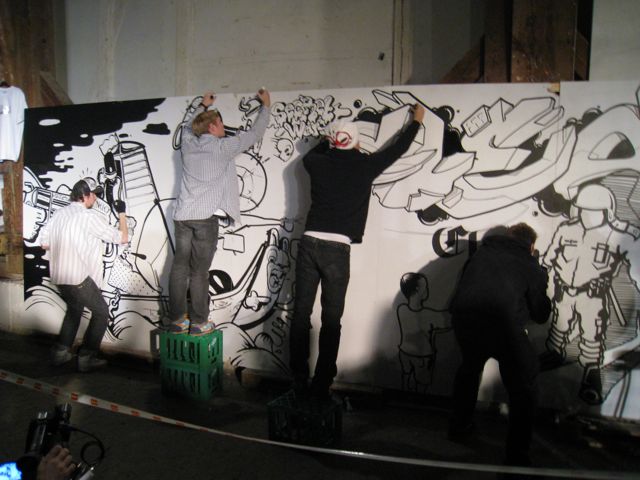 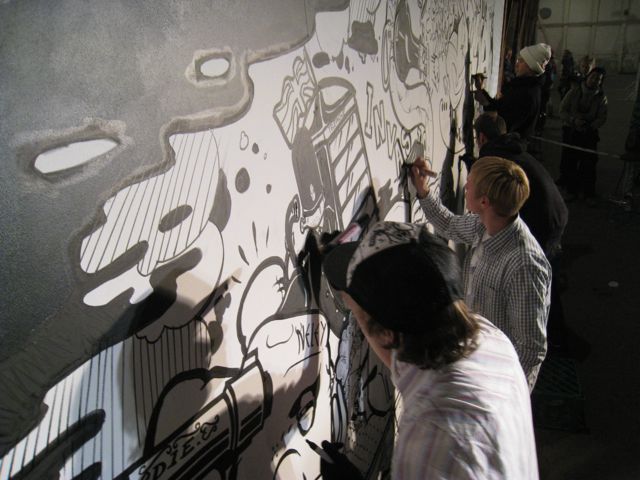 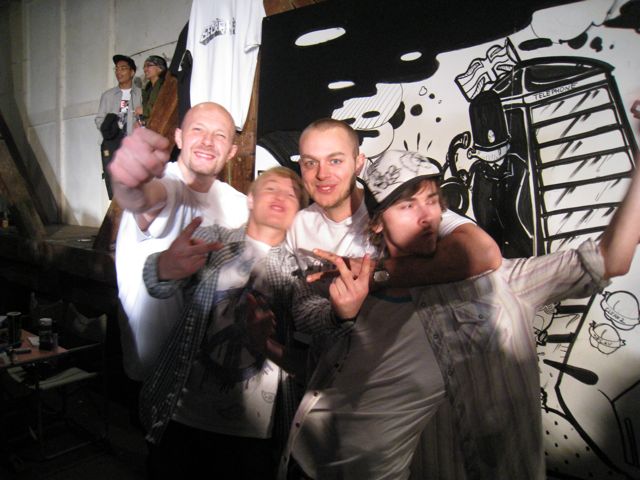 Secret Wars will be back in Copenhagen for 2009, in the meanwhile you can catch the big Sweden Finale in Malmø on Friday the 28th November, more info here.