Oslo wholetrain on the news

Painting trains is on the rise in Oslo, Norway according to the mainstream media. Recently two people were caught after painting a wholetrain in the capital. Short article here and very nice videoclip here with plenty of footage of the wholetrain, interviews with outraged citizens and a train company official that is baffled by the insanity of the crime, claiming the danger alone of walking on tracks and in subway tunnels is too much for him to comprehend, while videoclips are being shown of police officers doing the excact same thing. 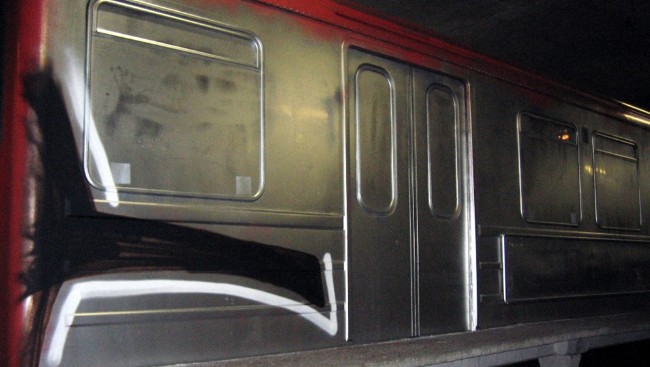