Im sure most of the ILG readers are familiar with legendary graffiti documentarists Henry Chalfant and Martha Cooper. But do you know who the man in middle between Lady Pink and Lee is? 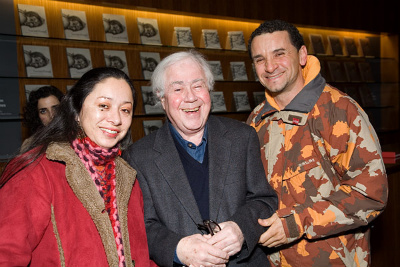 His name Manny Kirchheimer and he directed the groundbreaking film Stations of the Elevated, which premiered at the 1981 New York Film Festival, documenting the subway graffiti explosion of 1977. If you dont know this classic film, go find it and watch it!
In 2008 he published a new movie titled Spraymasters, featuring Lee, Lady Pink, Futura and Zephyr and amazing unseen footage of early NYC subway graffiti. More info on the movie’s Myspace page.