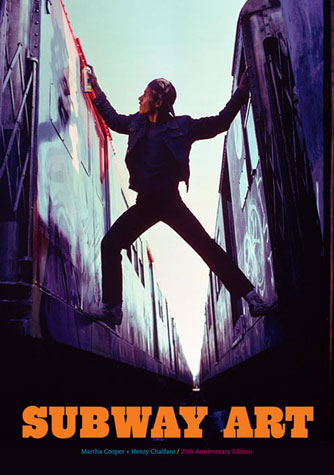 From the website of Chronicle Books
Subway Art — During the 1980s, photographers Martha Cooper and Henry Chalfant captured the environment and the imagination of a generation, documenting the trendsetting street-art movement for the very first time. Now, after 25 years, Subway Art is available in a large-scale, deluxe format to heighten the visual impact of the graffiti captured within. With 70 never-before-seen photographs, all-new introductions, and a contemporary afterword, this collector’s edition explores the prolific and sometimes tension-filled rise of graffiti from gritty train yards to galleries worldwide. With more than half a million copies sold, Subway Art is the definitive book on street-art from its inception as a “social plague” to its role as a sounding board for young urban voices and up-and-coming artists. 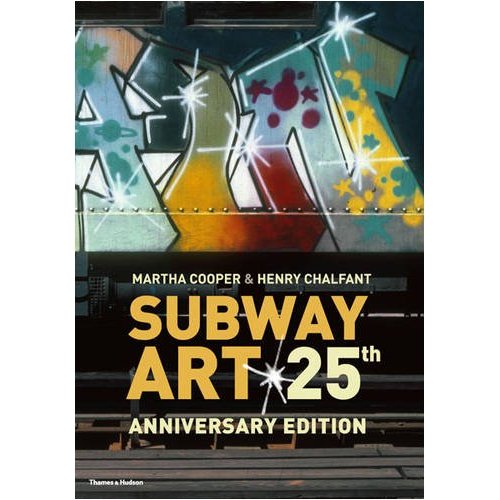 Looks like there could be several editions of this, because this is how the version on Amazon.com looks like