“..i want to paint all over the world, I want to get out of Copenhagen. Just travel and have fun, paint nice stuff and meet new people. There is not much more to it, I love graffiti and all the adventures it brings me.”
ILG: Hello there, please introduce yourself.
Soten: Well, I write Soten from the SSH crew and I’m from the little pond they call Copenhagen, Denmark. Representing with style on trains and walls. 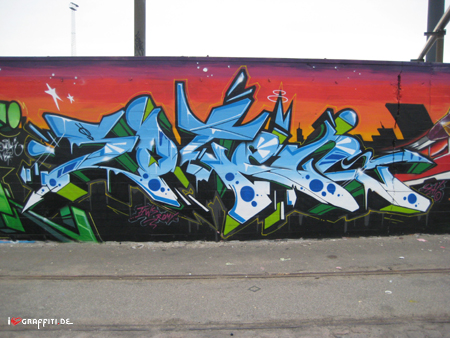 ILG: Ok, we are gonna skip the usual questions about how and when you started to write graffiti and talk about graffiti in 2009. What are you doing at the moment?
Soten: Im working too much right now, haha, busting my ass of for the man, so I can get some money and travel and see the world, thats all I wanna do with my life right now. In my spare time I just paint as much as possible, I try to do some good stuff and produce some quality with guys like Zomby, Money and Kers. Since the beginning of 2009, I have been involved in a new project called Molotow and Friends with 23 other writers from around the world. Its a big challenge for me to be part of this because some really big names are involved and I’m both excited and very humbled by it. 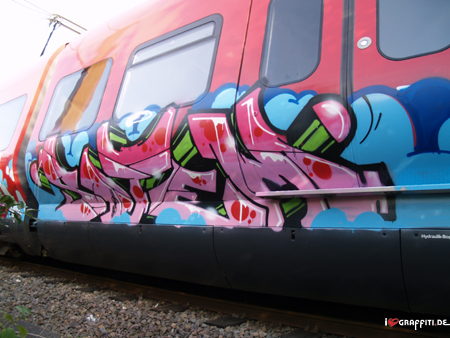 ILG: Sounds nice, what do you think about sponsorships of graffiti writers and companies getting involved in the graffiti scene?
Soten: Everybody in graffiti today are using the special spraycans made for graffiti, so I think its only good and fair that the companies that produce these cans give something back to the graffiti culture in the form of sponsorships. I have painted many years without getting any free, sponsored cans and I will continue to do that, I make money from working and have no problem with buying my cans. But to get some free cans now and then are fine with me, I just think its strange when writers chase these sponsorships and think they can get free cans for all the graffiti they are planning to paint. At the end of the day, Im gonna paint my stuff like I want to and feel like, no matter if the cans are sponsored or not. 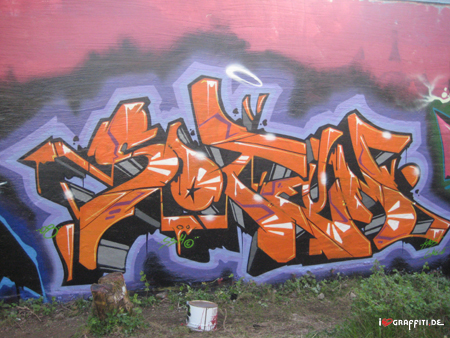 ILG: Last year you participated in Write4Gold on the Copenhagen Connection team, you won the Scandinavian qualification, went to the European Finals were you placed 3rd and then on to the World Finals where you finished at 2nd place. Tell us about that whole experience?
Soten: Well, my first involvement in Write4Gold was when I judged the Write4Gold in Melbourne, Australia 2007/20008, I was asked to do so and had no problem with it, but it also made me think that it must be alot harder to take the challenge presented in the Write4Gold format, to create a production over a topic given to you on the spot, with limited time and cans. Thats alot harder than just going out somewhere and painting your own name. So when Write4Gold came to Scandinavia later that season, I decided to make a team with 4 of my good friends and see what we could come up with for the competiton at Roskilde Festival. We went on to win it and then had to go to Splash Festival in Leipzig, Germany two weeks later fom the European Finals. It was really cool to go there and represent for Copenhagen, because I felt it was just Sweden that had represented for Scandinavia in the previous years and now it was time to put our city on the map too! The other international teams we met down there was the best of the best from their scenes and it was a pleasure to paint along side them in a friendly battle atmosphere. Write4Gold was a great experience for me, graffiti in general is a competition and everybody is out to built their own egos. Some writers are quick to diss a ”graffiti competition” and everybody can walk around and claim to be this and that, but in Write4Gold the odds and conditions are all even and only your real painting skills can set you above the rest. 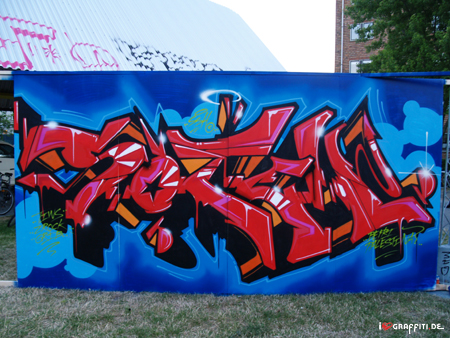 ILG: Your favorite surface seem to be steel, are you a train writer?
Soten: Well, the past 5-6 years I have put alot of energy into painting quality graffiti on trains, but Im not a train writer, Im an all round graffiti focusing on whats most important for me, quality and style. Whats good about painting a train to me, is not only spraying the piece, its the whole mission. The preparations before going out, checking the spot, hitting it and getting away with it, then getting a good photo the following day, its the whole train game that fascinates me. When I got into serious train painting here, the scene was all focused on bombing and quantety. I was inspired by what went on through the nineties, where writers would do quality and style on trains. Thats what I wanted to do to and thats what im still out to do everytime I go out… 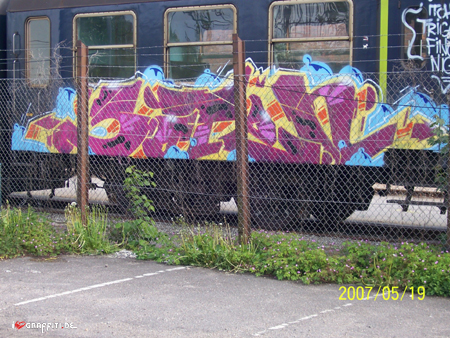 ILG: Whats your plans for the future?
Soten: I want to paint all over the world, I want to get out of Copenhagen. Just travel and have fun, paint nice stuff and meet new people. There is not much more to it, I love graffiti and all the adventures it brings me. 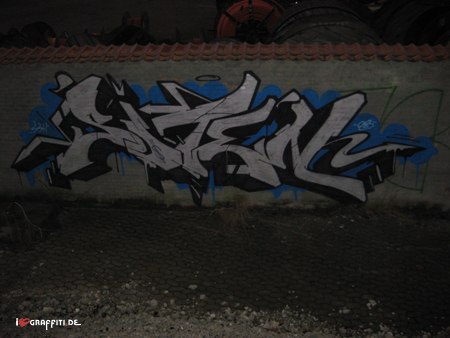 ILG: Cool, thanks for taking time out to talk to us, we wish you all the best, if you have any last words, now its time to say them…
Soten: Yes, shoutouts go out to IloveGraffiti, Zomby, Money, Kers, grandfather Ken20, Elsam, Ruck, my SSH crew mates, Mami for sweet support, and Grib, Stoe and the rest of the youngsters… 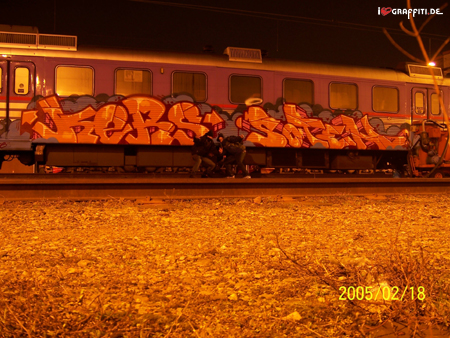