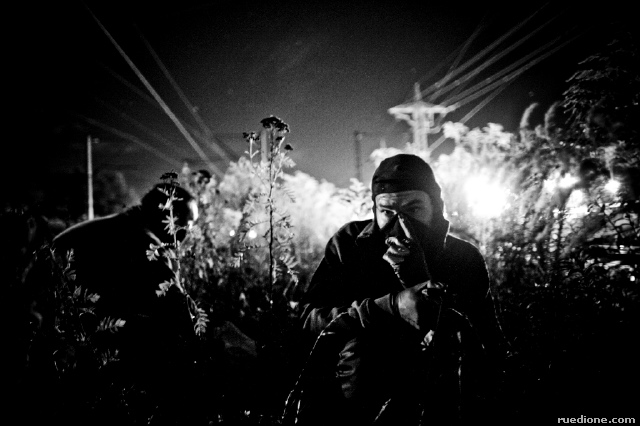 “Black/white reduces everything on its forms, in my case I mean the basics I want to show. There are also series that definitely need colors, in my point of view it is very seldom. For me, transferring emotions is important. It’s not about the pure documentation; this would be impossible, today. I’m just free and work in the most efficient way.”

Read the full interview ILG Germany did with photographer Ruedione from Heidelberg today, here is the english translation

Ruedi, please introduce yourself, even though the most people already know
who we are talking to

Ruedione, this is the name I write and I was born in a small town, called Heidelberg, in 1975. I still live there. Around 1992, I started writing my name on different surfaces and areas and around 1997 to 1998, it became less due to my job. In 1993, I had already sold spray cans in order to get my cans for free. This little business turned into a real job in 1996 and earning money influenced my writing possibilities a lot. That means I didn’t have that much time anymore. In 2000, I found out that my passion was photography and started working with it continuously. Today, the can company is already sold but I still work part-time as CEO there. Together with a partner, friend and crewmate I founded an agency of photography. At the same time, I often work on my own photography projects.

How can you get a better impression about Ruedione on the internet?

For some days, I’ve got a Blog otherwise it’s not really possible. Within the next days, I’m going to put a new website online which provides some more information. 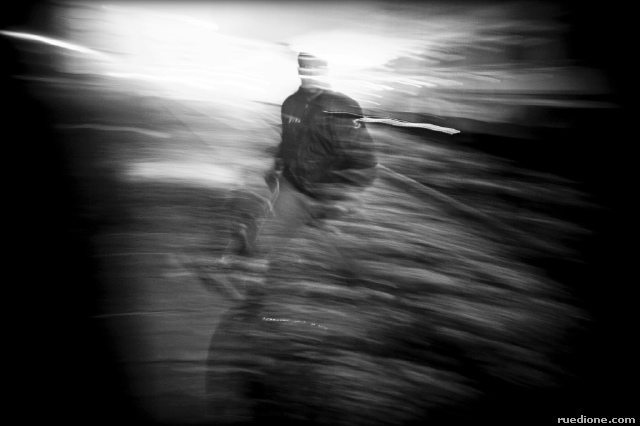 The book will be documentation about everything what you could take photos of, during the last years. Illegal graffiti will be documented, right? Do you or another person tell any story with this book or will be any text in there?

The book is called „BACKFLASHES – graffiti tales“ and shows photos from 2002 to 2008. To describe it in short words; I tried to visualize a feeling that took me out, during the nights. It includes an intro and I also collected many citations of writers who are friends of mine. The pictures are focused on the feeling and the title shows when and where it happened. Next to my own interpretation, the citations should tell the scene a little more. I knowingly tried to collect citations from all over the world in order to show that this feeling is lived and celebrated by an international community… so I collected moments worldwide.

In a personal talk you told that the chapters are finished in order to finish this topic at the moment. Why do you want to make this cut?

For me, the characteristic project attributes of my series are very important. The reason why I’m taking those pictures is a personal desire, deep in me, but at the same time, I also want to produce something that will outlive me. I think it is really worth to set a beginning and an end to perform to the maximum. For six years, I have been working on that project and I think it’s just time to focus on other things, now. In general, I work on more projects at the same time and actually I concentrate on a series of portraits. That one started in 2003 and I’ll still need 2-3 years. Like a child I look forward to the next book. Therewith, the chapter BACKFLASHES is finished, but it doesn’t mean that it’s completely over. Please, tell a smoker after 16 years of enjoying smoking to concentrate on drinking tea.

What is the sense of such books, who will buy them and because of which interest?

I know it’s not the perfect answer for my publisher, but I do not care about
as I did it for myself. Not any thought I lost on the fact how the design should be to sell it better…ok…maybe regarding the cover in the end…at the same time it also has to tell a lot.
Apart from satisfying my own ego, I’m just a writer, I think, on the one hand it might be interesting for writers and on the other hand also for all those who do not know anything about the whole thing but still would like to dwel into this world. I’ve got the vision that in 20 years time, fathers will take this book out of the bookshelf and show it to their sons in order to demonstrate what they did back in the days. I’m quite sure a black book cannot show this feeling in the same way.

As we know, unlike Müller’s “Blütezeit” the faces of the persons on your pictures are not in the foreground. What is the main thing you focus on when taking pictures?

It’s all about the feeling, the tension, the adventure, the freedom. Everything else is just an addition and a kind of requisite in this work. Of course, I’m quite glad to have captured a part of the personal story of all guys that are on the pictures. That’s why, next to books all parties also get prints from me. 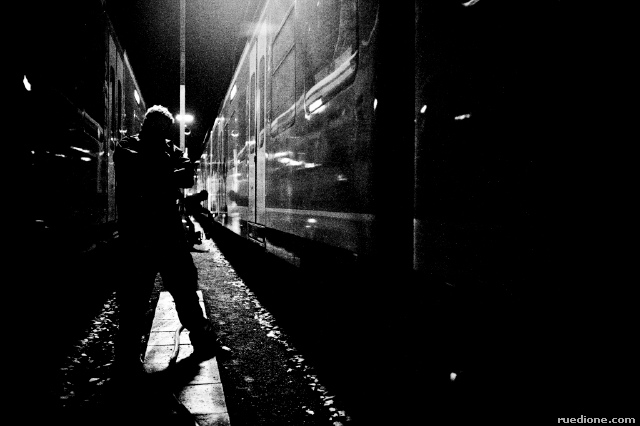 What is the special characteristic of Ruedione? What does you as a photographer make unique?

Who or what is unique today? The fact that is important for my work; I get along with situations quite quickly regarding to photographical and technical aspects and on the top of it, I’m also faster. Anyway, I’m pretty sure, out there are still some who are even quicker. Another thing, might be my oldschool way of thinking; you have to work for things firstly; another advantage. In times of buyable sketch books and writers who create overwhelming productions within two years (if you do not focus on the fact that the most of them are only copies) it is quite uncommon. The step just to copy from others seems to tempt people even more than it did 10-12 years ago. It does not create a master but clones.

You’ve already taken so many pictures of people, starting with New York’s oldschool masters, going on with CANTWO ending up with marriages, festivals, fashions shots etc. What about your patience in such shootings, not everyone wants the same what you want, right?

The marriage of CAN2 was quite funny…There was no shooting where the model broke up. Still it is an advantage when you feel, it is enough and you should finish. Of course, there are difficult people but this is a part of the game you want to play.

Just tell us more about the Atom video “Stahlbeton”. By the way, very impressive work, do more of similar projects await us?

Yes…I tested working on videos from time to time, but then only one year ago I found out about techniques so I can keep my photographical style. Generally, I will produce short accompanying clips. In form of video installations they should create an easy atmosphere of the whole picture. 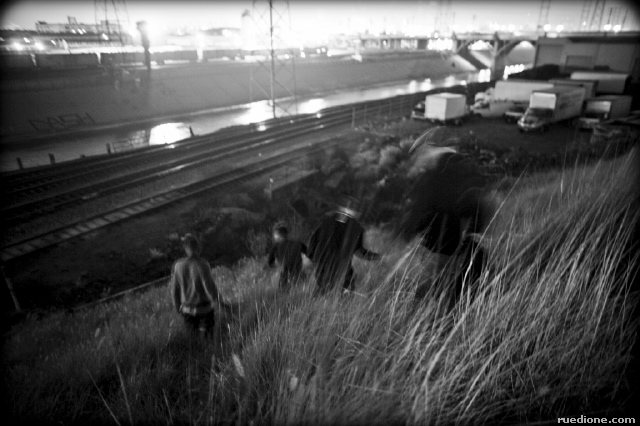 Which equipment do you use and how much money do you invest in such a hobby which has turned into a real job for you, for already a long time?

I think this is really different and dependent on your attitudes. I want to know everything about the medium before I’m able to work free. I’ve always been up for trying and if I had not sold the company some years ago, it was never possible to run it on that level. In order to see it through rose-colored glasses, I told myself, this is a way to compensate my never done education. A second business, thanks to the fact that I’m able to handle a very small camera up to a professional one and I’ve already used them. Very seldom I meet inspired photographers who are on the same technical level where I am, even without any studies. You don’t need special equipment to take good photos. The cheapest camera in the hands of a master do amazing shots… you only need to have the technical knowledge and have to know what you want and what it can or it cannot.

Why do you prefer photos in black/white, it seems to be like that, right? Is there any special reason?


Black/white reduces everything on its forms, in my case I mean the basics I want to show. There are also series that definitely need colors, in my point of view it is very seldom. For me, transferring emotions is important. It’s not about the pure documentation; this would be impossible, today. I’m just free and work in the most efficient way. 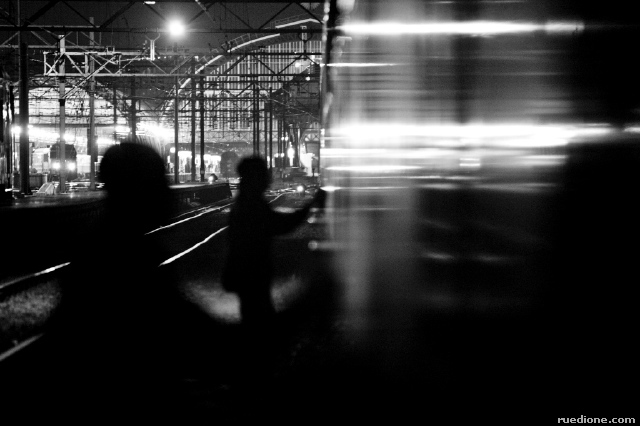 Snap-shots in the field of graffiti, you find new ones from day to day. In thelast few years, there have been many photographers after Ozkar, for example Smi, Nils Müller, him even making a book, Miajli from Vienna and many more which we do not even know. Do you keep an eye on this development if it’s possible regarding time?

Not really, this is because of the phenomenon you were talking about before. I think, the only one out of the whole circus who I really respect, 100 %, is Alex Fakso. Firstly, he has been working in that field for the longest time and his style fits to his personality. I know, Ozkar, has been doing it also for a long time, but I don’t know his works and himself, so I can’t criticize capably. The army of youngsters who only take pictures of the same what others had taken pictures of, before them, I can’t accept seriously. And when I hear this is the new trend, I’m glad that I’m not one of them. If tomorrow, there’s anybody taking individual pictures of this topic with his own style, I’d be happy about it and show full respect to him. During the last 2 years I’ve only seen many followers.

Many thanks for the interview. Where and when can we buy the book?

It should be out in October/November and you can buy it worldwide, then, also at Stylefile(edit: Preview auf Stylefile (Preview here) 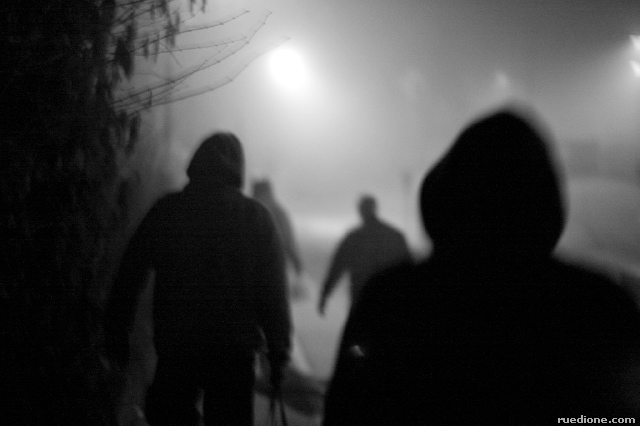