„I painted the wall at Checkpoint Charlie in 1989. A few months later they tore it down!“

The guards tried to reach out and catch me a couple of times, but some East German refugees who were camped out on the western side of Checkpoint Charlie kept watch for me. Painting right at the edge was a little nerve-wracking because if the guards had caught me, they would have hauled me back over to the eastern side for a an extended… vacation. But I was pretty spry then… 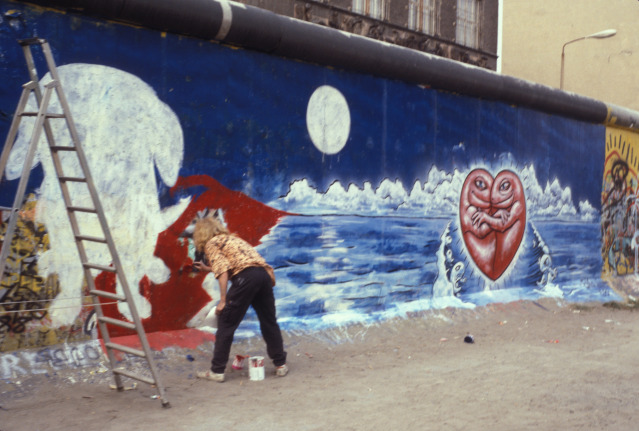 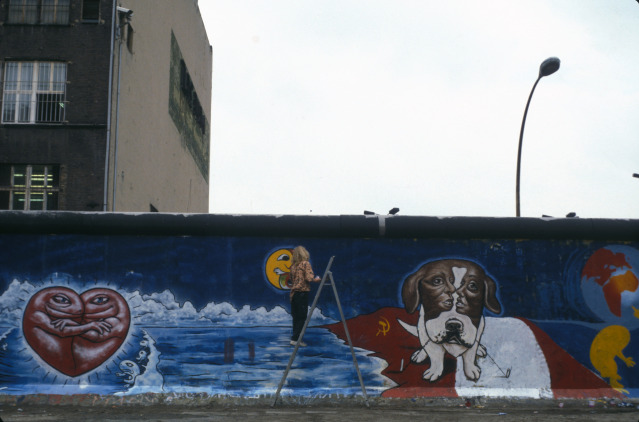 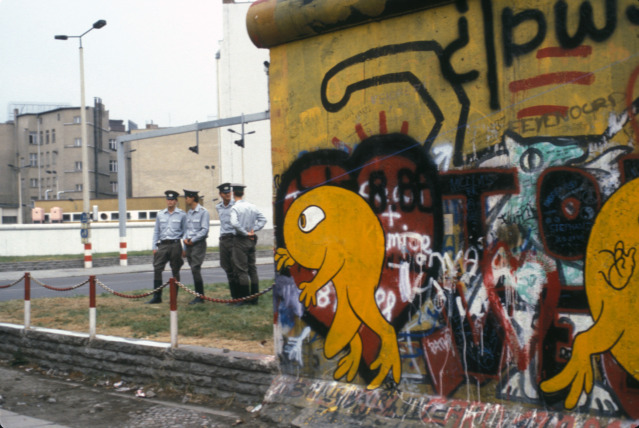 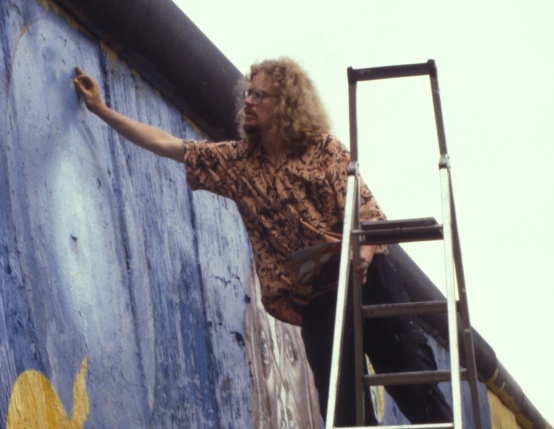