„The focus of Subway World is the subway systems. Usually in the magazine and most of the books I’ve worked on their focus has been the writers. Subway World contains tons of pieces from different writers, but the focus is on the systems and what there is to say about them. Also, the amount of people involved in this project is a lot higher than usual. That’s also something I enjoyed. I made a lot of new contacts and got to know good people during the work. Clearly subway writing is something that concern many writers.“ 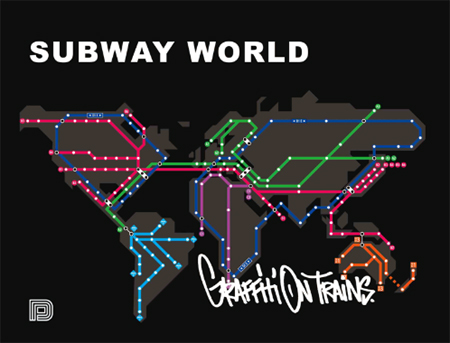 „The book grew during the work, starting out with 144 pages the final outcome contains 168 pages. Each system has one spread with one large picture. Everything in full color. More than 75 different systems in four continents.“