Give them enuff to buff!

Two articles about the current situation of graffiti on the freeways of Los Angeles.
According to new numbers, 7.622.234 square feet of graffiti were removed from along freeways in the district last year, costing 2.7 million dollars. Read about it here. 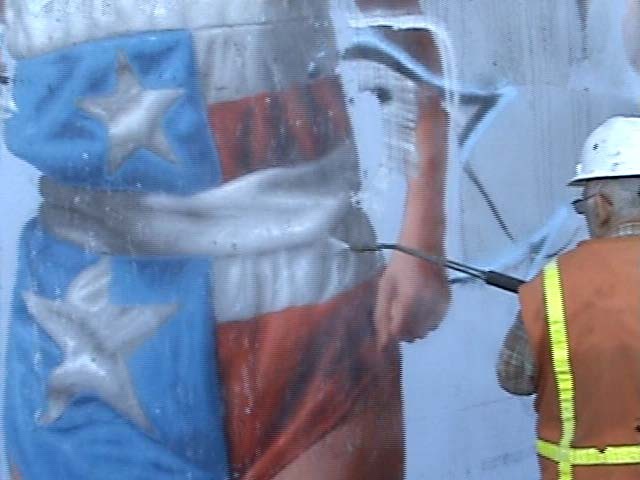 A longer article tells about the story and state of the official murals done in Los Angeles before the Olympics in 1984. How lots of money are being spent to preserve them, while unofficial murals and graffiti are being buffed at a big cost, read all about it here.